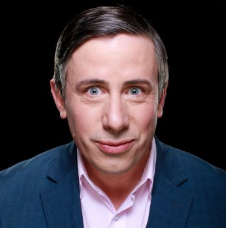 Christian Lee is a talented and award-winning, comedy magician. Reaching the finals of the Britain’s Got Talent in 2016 at present he has over 40 million Youtube Hits worldwide.

Christian has also been crowned Grand Finalist of Britain Does Variety and nominated Best Host at the London Cabaret Awards.

Christian works in a variety of shows including Comedy Clubs, Theatres, Cruise Lines and private engagements.

Although often seen as a zany comedic performer Christian is an accomplished presenter and host, he has presented a number of awards and specialist shows over the years and can turn his hand to a number of occasions at the clients request.