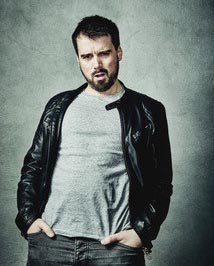 Conor Drum is an actor, comedian and writer from Dublin now based in Central London, he has performed on both RTÉ and the BBC’s New Comedy Awards and has worked in entertainment for several years. He has appeared in several national commercials, shorts, voice-overs, television and film projects.

A regular on the UK comedy circuit, Conor has performed comedy all over the world from Barcelona to South Africa. He has also brought several successful shows to the Edinburgh Fringe Festival including the acclaimed ‘All My Friends Are Dead’ and 2018’s critically applauded ‘…IF’.

Over Christmas 2017 Conor opened for Jeff Garlin (Curb Your Enthusiasm, The Goldbergs) over several nights of his sold-out Soho Theatre run.

In 2014 Conor went to New York as the star of Irish comedy Scratch, which was named one of the Top 12 Short Films of the 2014 Tribeca Film Festival.