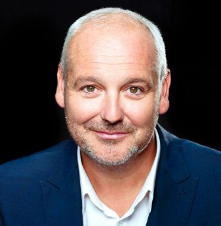 Coming from a family of entertainers, it was inevitable that real-life brothers Darren and Rob – The Harper Bros – would take to the comedy stage. They’ve been performing as a duo for over a decade, following years appearing as individual acts.

Their experience and finely-tuned performances together have taken them around the international and domestic comedy circuits to great applause. Their show contains a mixture of barnstorming comedy routines, parodies and observational humour based on current affairs and popular culture. And they have the flexibility to adapt to suit differing audiences.

Regular shows see The Harper Bros performing in comedy clubs and pantomimes, and on cruise ships and television. Theatrical and broadcasting credits include appearances on the BBC show The Slammer, one episode they were in being nominated for a Royal Television Society Award in 2015.

Rob also appeared in the BBC1 Show Witness For The Prosecution alongside a host of Hollywood stars and iconic actors.

Darren and Rob can be seen performing in this season’s pantomime Jack and the Beanstalk at the Billingham Forum Theatre.