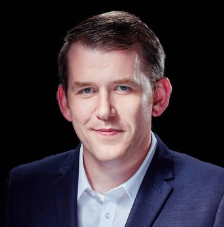 You need to be a bundle of energy to mimic Lee Evans, but Ian Jones doesn’t have a problem with that at all! Ian’s vigorous rendition has made him one of the top tribute artists in the world.

Despite mastering the perpetual movement and slapstick actions of comedy superstar Evans, Ian has injected originality into the comedy set that makes his show more than just another tribute, setting him apart from everyone else.

As well as a successful stage performer in his own right, Ian is seen as a consummate artist in the corporate market as he is able to seamlessly adapt his show to a walk-around act or even be the Master of Ceremonies. Whatever he does, the audience can be sure that a punchy and hysterical show will be delivered. It’s all good, clean fun.

And when Ian is being Ian Jones he plays various comedy clubs and venues, as well as pantomime comedy, leads for Qdos, PHA and other leading theatrical production companies.

Ian will be performing this coming season at the Grove Theatre, Dunstable, for Evolution Pantomimes, in the amazing Sleeping Beauty!