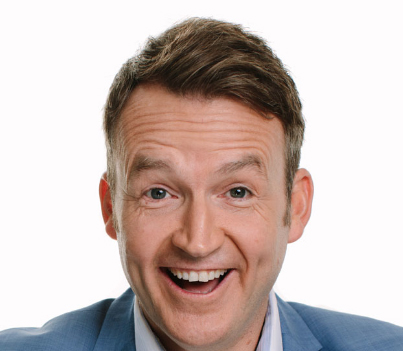 In 2014 Jon arrived in the public domain after appearing on the final of Britain’s Got Talent.

His refreshingly modern act plays on current celebrities and a host of household names including Michael Macintyre and Simon Cowell.

Jon’s career on screen has seen him voicing characters for the ITV satire show Newzoids where he voices a number of stars such as Ant and Dec.

Jon works and tours the globe with his live show regularly performing in Theatres, Cruise Ships, Corporate engagements and touring shows as well as using his skills to voice characters in TV and Radio Shows and various Adverts.

Being a hilarious comedian, impressionist, host and presenter Jon is available for various touring and media engagements and is always well received, “Watch funnyman Jon Clegg do a better Simon Cowell impression than Simon Cowell” – The Daily Mirror.