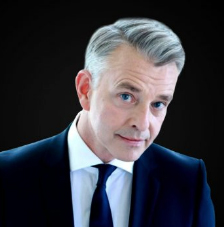 Many have tried to mimic Frank Sinatra, but few have done it quite as well as Richard Shelton. His live performances are testament to the look and sound of ‘Ol Blue Eyes himself.

Richard exudes the same relaxed confidence on stage as his model star, gently rolling through a procession of swing and romantic classics. And, to add to the authenticity, he even wears suits created by Sinatra’s personal tailor.

Like his hero, Richard is also an actor. He played Sinatra in the critically acclaimed movie Rat Pack Confidential for which he received a best actor nomination. Audiences will also recognise him as the charmingly murderous Dr. Adam Forsythe in the long-running British soap Emmerdale (ITV) and as Mr. Benson in House of Lies (Showtime), starring alongside Don Cheadle and Kristen Bell.

Currently living in Los Angeles where his career is in full swing you could rightly say, Richard is available for shows in the UK and Europe as well as the US, either with the backing of a talented band or solo with playback.