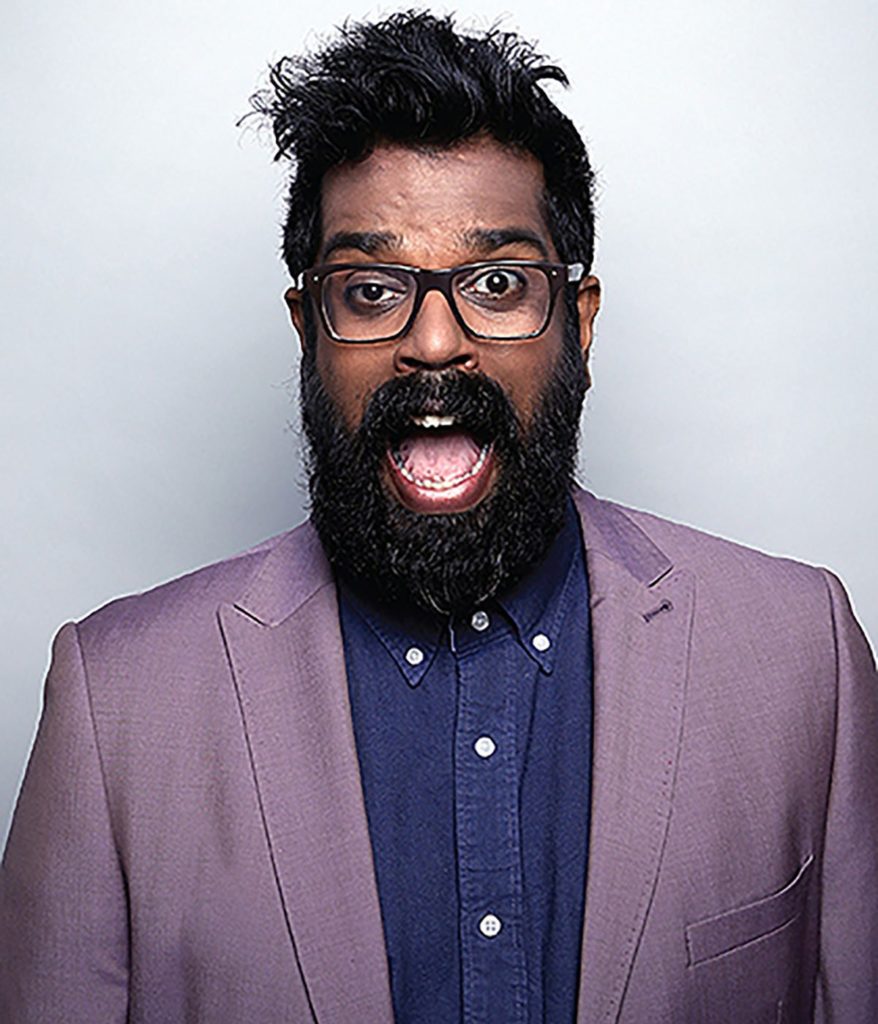 The last few years have been incredible for Romesh with two series of his BAFTA and RTS Nominated series Asian Provocateur receiving critical acclaim. In 2016 Romesh embarked on his debut solo tour selling over 100,000 tickets and being awarded the Ents24 Hardest Working Comedian Of The Year.

Romesh is a regular on our TV screens best known for his BBC series ‘Asian Provocateur’ and ‘The Misadventures of Romesh Ranganathan’ as well as performances on BBC One’s ‘Live At The Apollo’, ‘Have I Got News For You’, BBC Two’s ‘Mock The Week’, ITV’s ‘The Royal Variety Performance’, ‘Live From The Palladium’ and his regular spot on Sky One’s ‘A League Of Their Own’.

Romesh has been busy embarking on his career in America with the launch of his own series ‘Just Another Immigrant’ on Showtime as well as two appearances of ‘James Corden’s Late Late Show’ and his debut on ‘The Late Show with Stephen Colbert’.