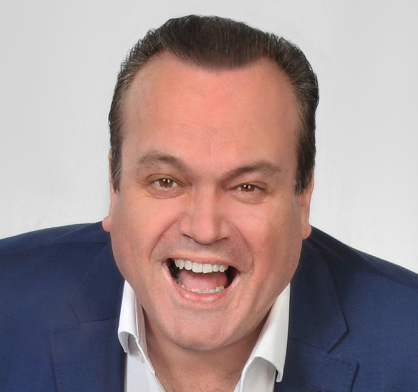 Shaun Williamson aka” Barry” BBC’s Eastenders and Extras, performs a cabaret show full of comedy and song, packed with real life anecdotes from Shaun’s incredible career on stage and television.

Shaun Williamson has been a familiar face on stage and screen ever since his breakthrough role as Barry Evans in BBC 1’s Eastenders in 1994. He played the part of lovable buffoon Barry in over 700 episodes until 2004 when he left to pursue his first love, theatre. As well as being a pantomime regular, he has appeared in musicals such as Saturday Night Fever, Guys And Dolls, Chitty Chitty Bang Bang, Love Me Tender and Never Forget and numerous comedies including a stint on stage as Fletcher in Porridge.

He has kept a high profile on television thanks to Ricky Gervais casting him in two series of ‘Extras’, one series of ‘Life’s Too Short’ and the film of ‘The Invention Of Lying’. Other credits include Casualty, Holby City, Moving On, Plebs, Mr Winner, Houdini, Scoop, Funland etc

One of his big interests is quizzing. He won Mastermind in 2000 and has appeared on the winning teams in The Chase, Pointless (3 times), Eggheads and had his own Quiz show, The 24 Hour Quiz, in 2005.

Shaun Williamson aka” Barry” BBC’s Eastenders and Extras, performs a cabaret show for of comedy and song, packed with real life anecdotes from Shaun’s incredible career on stage and television.

We are proud to be exclusively booking Shaun’s Cabaret Shows for P&O Cruise Lines and Warner.