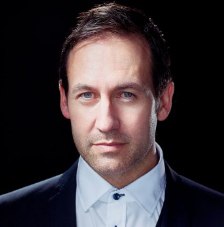 Ventriloquist Steve Hewlett’s diary reads like a Who’s Who. And nobody is safe from his lampooning.

Even during his turbulent journey through Britain’s Got Talent in 2013, he used his comedic skills to parody judge Simon Cowell – much to the delight of the audience! It secured him a place in the show’s final.

But he’s much more than a TV talent – for many years he has been known as a most innovative exponent of ventriloquism and has consistently pushed the barriers to new levels of comedy through his entertaining skills with puppets.

This year, Steve will be appearing at the Royal Albert Hall with Kenny G. and touring this winter with the legendary Osmonds. His celebrity fans include David Walliams, John Hurt and HRH Prince William. (For more endorsements and celebrity quotes visit Steve’s full site

Steve is an accomplished performer whose repertoire takes him and his characters to performances at festivals, theatre shows, corporate engagements, luxury cruise ships and resorts, as well as television.